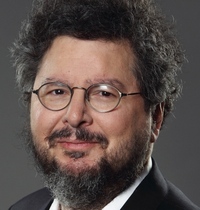 At the recent DLD conference Johannes Kuhn conducted an interview with creator of the Lifestream concept David Galernter. The topic of the discussion was the future of interfaces and the lack of ambition in the use of our current technologies. This is a pretty long interview that goes on for over 30 minutes. It covers many interesting areas including Lifestreaming. Naturally I wanted to focus on and share that area of the discussion here.

sueddeutsche.de: Talking about your idea, because your concept of lifestream which you alluded to a lot of times…the platform that comes closest to it of course is Facebook, at the same time they do well with the proprietary structure, why should they change it?

Gelernter: That’s exactly what I would say if I was Facebook. I would say “I have lots of money, I will make all the rules”, but for me, for a member of the public who says “I am not willing to worry about what’s posted on Facebook” if I am also interested in AOL or Myspace’s, other social network sites, I might also have a Gmail-account or another kind of netmail, if I also have a phone service which provides its own communications format or if I use Skype over the internet.

Facebook is making huge amounts of money, I don’t expect Facebook to say “Let’s change”, it has a lifestream in it, it has a lot of other stuff in it. If I was Facebook I wouldn’t change, they are making lots of money. The impulse doesn’t come from inside these companies, it comes from outside.

sueddeutsche.de: Where do you see developments that go in the right direction that we could actually see in the next twelve months? Or do you think that is a long-time thing that is going to take a bit longer.

Gelernter: I think within the next twelve months we might see some clarity. I think as we see more and more streams, lifestreams, event streams, feeds, activity streams, the Facebook Wall, Chatter that was described by Salesforce yesterday, these are all the same things, lifestreams.

I think we will see clarity that there are two different ways to arrange things on the web: By space – I scatter them across a website, some’s here and some’s here, or like desktop, an icon is here, an icon is there [points on the different parts of the table, editors note] or I arrange it by time, telling a story: This is what happened this morning, and then five minutes later this happened, an hour later this happened. I think there will start to be clarity that these are the two basic systems.

So we can have one principle of arranging things in space, not HTML for websites and applets for Smartphones and desktops for computers. I don’t think anything is going to change in implementation-terms, I think the industry and the community will see more clearly these are the big categories: space and time. Let’s think about the best way to do each one. I think that could happen.

sueddeutsche.de: That means we have to rethink the whole website or is it you have to think beyond it and really imagine the internet like it’s everywhere, your lifestream can be everywhere, in your fingertips?

Gelernter: That’s very much it. The lifestream is not on the web, it is everywhere, it is in the cloud, it is distributed. I think nobody has to take down his website today, the modern history of software is that new stuff absorbs old stuff.

So in fact we don’t lose our investment, it is still there, but we build new stuff that is simpler and more powerful and that includes the special cases. So we move from complexity to simplicity, keep the complex thing but we add simpler layers as we understand better and more clearly.

You can read the full interview here and there’s also an audio version.

It’s always interesting to listen to David Galernter’s view on Lifestreaming. I can appreciate his holistic approach to the concept but I focus on how it will be applied primarily to web services and related devices. I’m not as optimistic as he is regarding the speed and clarity we’ll see from web services or other systems built on Lifestream data. I’ve been watching this very closely for almost 4 years. I feel the heightened interest in Lifestreaming related services has significantly subsided from the attention of startups, VC’s, and the public.  This has been due to many factors including privacy concerns, difficulty level, user adoption, and lack of monetization strategies for startups that entered the field. Not to mention that most users are now dialing back the services they use and mainly focusing on Facebook and Twitter.

That being said I think we will see a resurgence in Lifestreaming and related services in the future but this will be primarily fueled by 2 things. The value people will begin to discover by sharing Lifestream data and the increasing devices and services that will sprout up around Lifelogging. In the early days (around 2007) of Lifestreaming tools and services being released many argued that Lifestreaming took a pretty large investment to create, while for the most part not many people were interested in viewing others Lifestreams. I always argued that services needed to be built to take advantage of aggregating and analyzing this data in meaningful ways to provide users with value. This is now starting to happen in a big way with social content readers where we are having our news filtered and delivered based on a select peer groups. More recommendation services built arround our selected friends that work similarly should be coming in the near futures as well.

With regards to Lifelogging I am seeing a multitude of dedicated devices and smartphone apps that track all sorts of personal data around exercise, sleep, weight, health, etc. As these devices become better, cheaper, and the data collected starts providing large benefits to improving our lives, we will see adoption of them start to surge. I think these two areas show not only the ways that Lifestreaming could recapture the interest of users, but also provide good monetization options for startups. I don’t often make predictions but I see this starting to happen between the next 1-3 years. Hopefully I’m proven wrong but I think people are currently too distracted by Q & A services, local deals, and location services. But in time those shiny objects will make way for new ones.