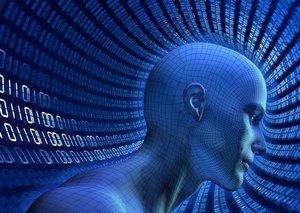 I’ve been witnessing a pretty interesting phenomenon as of late. There is a very similar progression to how the evolution of Quantified Self technologies are going when compared to Lifestreaming. When I first started covering Lifestreaming the first phase began with finding ways to aggregate the data generated across many different services. Many different aggregation services were created that offered varying functionality and took different approaches. The next phase after aggregation was to look at ways to analyze the data merged across disparate data points to glean some meaningful value back to users.

Now when talking about data aggregation I find there are two ways to look at this. There is taking multiple data points generated by a single user but there is also looking at similar data points across many users. Whereas I see many ways that the Quantified Self can take advantage of the former, its been the latter that we’ve seen functionality be built around more often with Lifestreaming. Probably the most prevalent area of growth in the realm of aggregating Lifestreaming data has been in the area of media consumption apps and services. I’ve covered social readers quite a bit which aim to provide us with relevant news based on what our social graph is sharing as well as discovery based on algorithms that analyze our activity. There is now a slew of video apps and services like ShowYou and Squrl that use the same logic to deliver us videos. We’re also seeing these apps and services proliferate to TV and Music. With the personal activity and health data that is spurring the Quantified Self movement I think it will initially be the discovery of ways to improve our lives based on our own personal data that will initially attract mainstream users and then once people become more comfortable sharing their personal data with others we will see other innovations occur based on the big data sets that are analyzed across many people.

We continue to see the sensors evolving and improving like the advent of Fitbit Ultra which is the second generation version of their device. We also see companies trying to provide more utility and functionality from the data collected like we’re seeing with BodyMedia’s fit coach. We’ve also seen the Nike Fuelband become the first major entrant that could really help the push of sensing devices going mainstream. Even more interesting is the fact that Nike also released an API.

So back to where we currently are in regards to the Quantified Self movement. There is a very close parallel to the evolution of technologies to address the growing user base for the Quantified Self to what I saw occur with Lifestreaming since the inception of this blog. The progression from single technologies and services that store personal activity data has grown the need for the creation of services that can aggregate multiple data points into a single location.

So now we’re at a good point with many available devices and services out there but the problem is that if you use several of these devices the data is being stored in silos for each of the device maker’s services. Step 2 on the way to being able to glean valuable correlations and information from this data will require it to be aggregated in a single location. Currently this process is challenging as early adopters are developing their own methods to do this like Gareth MacLeod who built an app that was able to create an activity correlation heatmap, or Sky Christopherson who’s an athlete that through correlating room temperature to his sleep patterns was able to determine the optimum combination for himself. Sam Curren wrote a post illustrating both the issues of having our personal activity data in silos as well as provided examples of how aggregated data could provide some interesting benefits. These examples are just the tip of the iceberg and the good news is that there are several services working towards aggregating data now.

Runkeeper was an early service to enter the Quantified Self realm. They began by releasing an app for the iPhone to track runs. They’ve been watching many new sensing devices making their way to market and saw the need for an aggregation service. Last year they announced the Health Graph API which aims towards collecting activity data from multiple devices into a single location. There are several other services entering this area such as Bodytrack, Fluxstream, Manybots, and I’m also looking to see what Singly may offer. So while there is an effort towards aggregation, it may prove more difficult to see wide-stream device adoption as there is no standards for storing or syndicating data the same way it was easy to aggregate Lifestreams based on RSS feeds and web services providing API’s. I think the devices that focus their efforts to make their data available to as many services as possible will go a long way and beat competitors that don’t do this. Hopefully some standards do emerge around this data to help accelerate and smooth out the process of aggregation.

Once users are being measured and quantified, the data must be interactive and easy to understand. The users need to be able to look at their data in ways that are interesting to them, but also know what to do to influence their measurements and scores.

All that information at your fingertips at all times theoretically allows you to carefully chart a path for improvement—and share your winning strategy and stats with others. On a grand scale, that makes for an interconnected world of healthier, happier people making much more informed decisions.

Tim’s a strong believer in gamification and has made many successful investments in that area. He believes gamification will be a driving factor in having Quantified Self related services go mainstream. After following Louis Gray’s foray into the realm of using his first sensing device I’d have to agree with Tim. You can read his great series and learn about what he calls the “Aspirational Self” by starting at part 1 of his series and then moving on to parts 2 and 3.

So there you have it. A summary of the current state of the Quantified Self movement. There is no doubt in my mind that we will see this movement grow into a huge mainstream business. As new sensing devices and tracking services continue to evolve and provide their data in aggregate to glean information to effectively improve our lives we will see adoption continue to grow at an exponential pace.

If you want to learn more about the Quantified Self as well as get a listing of devices and services you can visit my dedicated page.