The Year in Lifestreaming for 2010 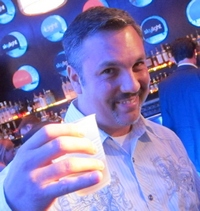 So before I started to think about how Lifestreaming evolved in 2010 I went back to read what I wrote about 2009. Sadly enough I’d say that I almost feel the exact same way. Lifestreaming, or what this site originally set out to cover, as the act of aggregating content from multiple services in a single location, has pretty much died with regards to new services being released. The only two that I can really point to that launched were About.me which I wrote about and Memolane which I have yet to review. Meanwhile Cliqset, which I’d rank as the top site that was also very feature rich and built on multiple standards compliant technologies, shut down. Also, Google Buzz which was a hopeful service has languished and isn’t even relevant anymore.

Why do I think this has happened? Well primarily I believe that the hotbed that once was creating personal aggregation sites beginning in 2007 started a deep decline in 2009 and has all but vanished now in 2010. The attention now has mostly shifted to location based services and the mobile market. There are some sparkles of Lifestreaming appearing in some of these areas. Memento is an app that demonstrates this. I also think that many people, including myself, have decided to try and consolidate the number of services we use and try to focus on where the largest community of our friends hang out for us to engage them. Facebook and Twitter have become the two dominant places for this.

The one bright spot when it comes to Lifestreaming that I’m happy is starting to emerge are the apps and services being released to help us consume the data we generate.  One of the first of these such services, and my longtime favorite, is Twitter Times which continues to be a daily stop for me. Flipboard‘s release was a huge success for consuming social news on the iPad, but I’ve begun to spend a much more time on it with their latest release. I was both happy and surprised that they added support for Google Reader along with Flickr and the ability to offer deep integration with these services along with Twitter and Facebook. But while Flipboard provides a nice visual representation primarily showing me the most recent content, I’ve also added My6sense to my consumption routine which I connect to the same streams of data and it learns from my reading behavior which is the most relevant content to serve up to me. Each of these services take different approaches towards coming through data to determine how and why to display it to me. This isn’t an easy nut to crack and there may not be a definitive answer on best practices.

I find this area of mining data for the most relevant content to me probably the most interesting ones to follow. I personally seem to like Twitter Times approach the best where content is not only being filtered by my social graph but also prioritized based on the largest number of people that are sharing similar content. If you want to read more about the varying data relevance models, Mahendra Palsule has done a great job covering it. I recommend reading his post on The Evolution from Numbers to Relevance as well as Mapping Startups & Services Filtering For Relevance In A Matrix where you will also find other services in this area.

So what else? Well with the decline of Lifestreaming related services my blogging output shrunk somewhat this year but I’ve also began to cover other areas. I became interested in the emergence of services that are trying to calculate influence like Klout and Peerindex and wrote about them as well as Backtype. The release of several services that help us curate social media content also made a big splash and I’ve enjoyed using them. I also talked about the importance of the check-in which continued to be huge this year. I think probably one of the biggest impacts this year was the proliferation of the Facebook “Like” button and I wrote about its impact as a social gesture as well as how we’ve started to move from Lifestreams to Likestreams. Also going back to my thoughts on social media content consumption I tried to detail what my dream content reader would look like. A few days ago I wrote about Lifelogging and The Quantified Self. While this could be considered a niche of Lifestreaming I think it’s one that’s prime for really starting to take off and will probably be watching this closer and covering it as well.

If you’re still here reading then I just want to say thank you for making Lifestream Blog a place to learn about and hopefully gain insight into web services. I really enjoy writing but it’s a lot more fun when I know somebody is reading it and contributing their thoughts as well. I look forward to continuing to cover the areas discussed here and many new ones next year. Thanks for visiting!