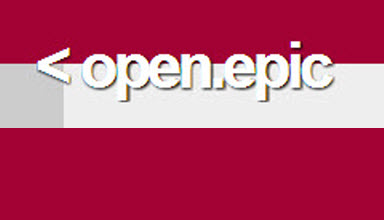 I came across this post by Rupa Patel on the Quantified Self Facebook group about Epic Systems which is one of the largest electronic health record (EHR) companies in the US announcing an API. Apparently Epic Systems has more than half of the US population’s medical records stored on its system. Even more interesting is that founder and CEO Judy Faulkner is the only female CEO of all the major EHR companies and beyond that she’s also the only one with a technical background. If that wasn’t enough she also coded the original software and is one of the few self-made female billionaires on the Forbes list. You can read more from this fascinating Forbes interview where I got these details.

So with Judy Faulkner’s background it makes sense that they would be progressive about releasing an API. From their page:

With open.epic, we’re helping incorporate personal tracking data with clinical records to drive better care. Here, developers will find the APIs, sample code, and implementation guides to put that data in the hands of clinicians. Together, we can create the connections to put this data to work.

However it appears from this story that the API may be limited to only allowing one way writing of data to the Epic software without the ability to pull data. But as John Lynn points out in the story he hopes that this baby step at least encourages them to open up the API more. John also wrote this story on what a real open EHR API should accomplish.

I’m not familiar with EHR companies and don’t know if any others have released an API but found this story very interesting. I currently have access to a subset of my health records online and even via a mobile app with my healthcare provider which has been nice. Epic’s statement about their API mentioning that they’re “helping incorporate personal tracking data” makes me think that we’ll have the ability to supplement our health records with additional data we may get from external sources to help paint a larger picture and even more accurately help analyze ourselves and pro-actively monitor our health.

The healthcare industry is on the verge of some major disruptions with new devices, software and services that are innovating at a rapid pace. Today XPRIZE (disclosure: I’m an employee) awarded over $1 Million to 6 winning teams in the Nokia Sensing XCHALLENGE that are developing these future technologies. Below is a video showing the technology from the winning team. We are on the verge of some real breakthroughs to improve healthcare and the promise of open EHR API’s will be essential to help us get there even faster.