Harnessing the Power of the Quantified Self through the Feedback Loop 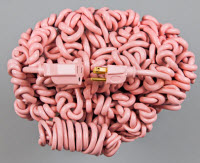 I’ve written quite a bit about the Quantified Self but if you’re new here you can read my primer here. In this month’s Wired there’s an article on Harnessing the Power of Feedback Loops. As I was reading this I immediately was thinking about how the methodology described can have the power to modify our behaviors through usage of the devices and services that are powering the Quantified Self.

Despite the volume of research and a proven capacity to affect human behavior, we don’t often use feedback loops in everyday life. Blame this on two factors: Until now, the necessary catalyst—personalized data—has been an expensive commodity. Health spas, athletic training centers, and self-improvement workshops all traffic in fastidiously culled data at premium rates. Outside of those rare realms, the cornerstone information has been just too expensive to come by. As a technologist might put it, personalized data hasn’t really scaled.

Second, collecting data on the cheap is cumbersome. Although the basic idea of self-tracking has been available to anyone willing to put in the effort, few people stick with the routine of toting around a notebook, writing down every Hostess cupcake they consume or every flight of stairs they climb. It’s just too much bother. The technologist would say that capturing that data involves too much friction. As a result, feedback loops are niche tools, for the most part, rewarding for those with the money, willpower, or geeky inclination to obsessively track their own behavior, but impractical for the rest of us.

That’s quickly changing because of one essential technology: sensors. Adding sensors to the feedback equation helps solve problems of friction and scale. They automate the capture of behavioral data, digitizing it so it can be readily crunched and transformed as necessary. And they allow passive measurement, eliminating the need for tedious active monitoring.

Some devices already exist that both capture personal data with user interfaces that can leverage a feedback loop. The article mentions the Zeo which is one often discussed Quantified Self device providing a feedback loop to help you sleep better. I recently wrote about the Bodymedia Armband which captures my physical activity and sleep data. With that device I was able to actually quantify the levels of physical exertion and that feedback actually fueled me to try harder during my workouts so that I could see the results next time I uploaded my activity data to the service. It’s actually a combination of a feedback loop with gaming mechanics that I feel can create a powerful way to modify our behaviors.

The article provides several more examples of devices and services that utilize a feedback loop. Rypple, which offers a service to help teams work better is one that seems pretty cool that I’ll have to check out. I think many web services can leverage the feedback loop and or gamification to increase effectiveness and usage. I use a service called RescueTime to track my activity across apps and websites on my computer. The service provides a feedback loop that helps make me more productive.

I think we’re going to see this leveraged much more in the near future as the continual proliferation of easily accessible personal data continues to get mined across all aspects of our lives. Be sure to visit Wired to read the full article as well as listen the the podcast they’ve created on the feedback loop.