It’s been several years since the last time I changed the design of this site and it was due for a face-lift. I’ve been watching so many new site designs rolling out over the last year or so and have recently been spending time researching what type of updates I’d like to make. I wanted to use a fairly minimal theme that was clean and focused on readability. I also wanted a design that was responsive. 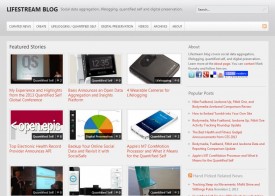 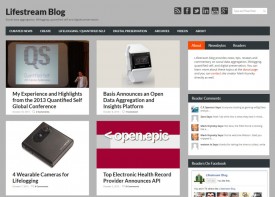 (A comparison of the old and new home pages)

I spent the last few months reviewing an enormous number of WordPress themes to consider for the site. Of those I probably installed and tested about 20 that made my short-list. I’ll say that it’s a bummer that there isn’t a way to test many of the premium themes out there. It’s really hard to determine whether a theme was right for me until I got to test it’s admin functions. That’s why it was so great that when I found the Combomag theme I was able to test their free version which had most of what I wanted and ultimately purchased their developer version which offered additional features. Other themes should learn from this.

My goal was to have a grid-like home page that could showcase my posts simply providing thumbnails and headlines to quickly scan through my latest posts quickly. I wanted to minimize the design and de-emphasize the colors of elements such as social icons and was able to reduce their impact. The goal was to try and focus any visual on blog post image elements as much as possible. The Combomag theme offers the ability to utilize the ginormous Google font library and this post helped me choose among some of the top fonts available. 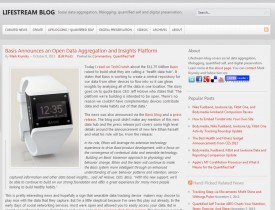 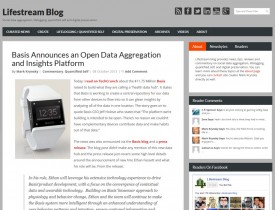 To accomplish the above goals I modified the theme by removing the post excerpts and shrunk the size of the home page post blocks. I also replace the default social icons in the header and footer and made several other small tweaks. Then after testing many of the Google fonts I decided to use Lato for the headline, navigation, and title font which offered a slightly condensed sans serif font but opted for using Open Sans for the blog body font which I felt was more pleasing for readability. I feel this combination of fonts along with the spacing used by the theme really makes for a much better reading experience than I had previously which was ultimately the main goal.

I still have many other small tweaks I plan on making but I hope you enjoy the new design and it makes your visit here that much better. As always I’d love to hear any feedback.