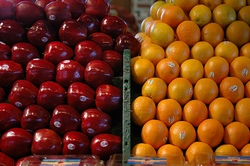 Up until now I’ve watched this battle rage from afar, shaking my head as I read most of the posts and comments that fueled it. The only reason these two services are being compared is because they are both Lifestreaming services that hit the limelight at the same time.

As I watch so many new comers posting, commenting, & podcasting in the blogosphere it’s easy to see that most of them just haven’t spent the time necessary to learn about Lifestreaming and don’t yet get it. They see this new trend to jump on, but start to run before they learn to walk.

at least Twitter user Araceli gets itPart of the problem is that Lifestreaming isn’t a well defined term and means different things to different people. At its core it’s about Social Network Aggregation, both our own and our friends. But beyond that there are many layers that can be added to the onion that take it into different areas.

Let me explain the major differences between the two.

SocialThing is aimed at providing you a central dashboard, keeping themselves transparent in the process.

On the other hand FriendFeed is trying to build a community on top of the social network aggregation users provide. Here are the features they offer towards that goal:

Now keep in mind that this is based on functionality available today. Either service could easily morph into the other’s territory over time, and we will see many variations on the goals of Lifestreaming services change in the future.

So if you’ve been following Lifestreaming services for a while you could see that these 2 couldn’t be any more different than the majority of the other ones out there.

There are some battles brewing over services creating decentralized content away from the content source. I recently wrote about that. Many users are bothered that there are external eco systems forming that they have no way of knowing about. FriendFeed is currently taking this approach. One of the advantages is that you can comment on content without being a member of the social network it came from. I think that’s a big benefit of being part of their community.

On the other hand SocialThing appears to be focusing on being a transparent dashboard for bi-directional communication between the users and their social network sources. That’s currently limited to posting on the service but I’m sure commenting and other data points are coming next. That is great for a user who already has all their friends at each of these social networking sources and doesn’t need or want to add yet another social network layer.

So as you can see these are two very different approaches to Lifestreaming. I wouldn’t say that one is better than the other. Choosing one is a matter of what you want from your Lifestream, and in many cases, you would use both. I am someone who falls into that category. Of course that’s because it’s my job as Chief Lifestreaming Evangelist here at the Lifestream Blog.

16 thoughts on “Stop the FriendFeed vs. SocialThing Madness Theyâ€™re Different”