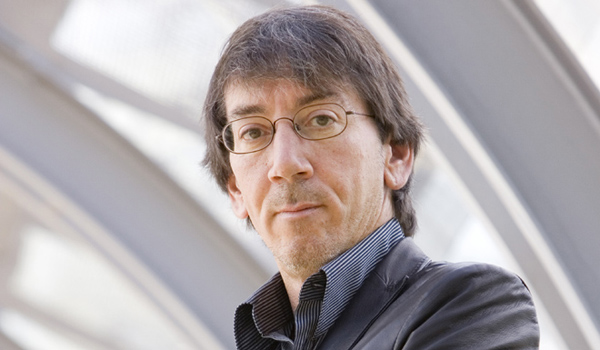 In this month’s Wired there’s an interview with Will Wright that chronicles his rise as a video gaming icon. The story covers how his interest began, and covers all the way through to where he is today. It’s a nice read and near the end of the interview he discusses his latest project. Here’s his answer to Chris Baker’s question regarding what he’s currently working on:

We have two major things that we’re working on. I can’t talk much about them, but one is about how to turn your life into a game. Your real life, not some virtual fantasy world. The other one is about taking all of your digital content—movies, pictures, music—and making it feel tangible and playful, kind of a window into the cloud of your stuff. I’ve been very interested in various forms of mapping. How can you get a gestalt for something without fully understanding what you’re getting a gestalt of?

In the interview he discusses that most social games are released and then iterate based on the data they see about user gameplay. He wants to turn that around and tailor games to be dynamically created around user generated data for the first concept he’s working on. Looking into this further I found this interview with Wright done by Venture Beat in November of last year . Turns out that first concept is a game being developed called HiveMind. It sounds like the plan is to create a game (most likely on a smartphone) that analyzes contextual data such as location,  friends, status messages, etc and creates discovery gaming elements around the data.

Wright discusses how HiveMind “blurs entertainment, lifestyle, and personal tools, with that data, the world and the opportunities for entertainment within it become more visible to you.”.  He wants to answer the question “…how can we learn enough about the player to create games about his or her real life.” The Venture Beat interview even mentions the Quantified Self which rang strongly for me as an aspect of HiveMind as I read about it. Wright states in the interview that he hoped the announcement triggers interest from like-minded developers. I hope so too as I’ve long discussed the possibility to leverage all of our Lifestream data for ways to help improve our lives.

I think Wright has a strong grasp on how to leverage Lifestream data as he goes on in the Wired interview to say:

…now that we’re able to capture so much personal information. You’re going to have a strong interest in understanding and interpreting that data. It’s about how people find ways to get insights into themselves, almost like you would get through a horoscope or through a psychology test, except through much more empirical means.

The second concept he discusses around analyzing our movies, pictures and music to create a “tangible and playful window into the cloud of our stuff” sounds interesting too. Whereas the first concept seems to be more about analyzing our data more for discovery and improving our future, it sounds like this second one might be able to draw some insight from our past.

The Wired interview failed to mention the recent litigation that has stalled Wright’s plans. I really hope this gets resolved for the sake of having one of gaming’s brightest minds aide in such an important area. I’m really looking forward to seeing what he comes up with.