I’ve been seeing quite a few Storytlr sites pop up now that the code has been released as open source. Ars Technica who like the service and had written about it in the past decided to write a post with details of the open source release along with setup information. The post was written by Ryan Paul and he even goes into some of the basics about Lifestreaming and offers up some alternatives to Storytlr. 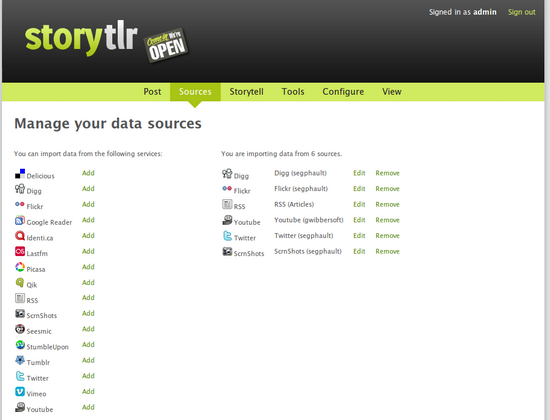 The code, which is available under the Apache license, is written in PHP and uses the Zend framework. It’s not a masterpiece of modern software, but it’s reasonably well-written and relatively easy to customize. Storytlr has some intriguing features, but it never seemed all that compelling to me as a hosted service—just another place on the Internet to accumulate my crap. As an open source project, however, it’s a whole lot more interesting because now users can deploy it on any infrastructure and extend it by adding support for additional services.

via Ars Technica Make your own lifestream with open source Storytlr