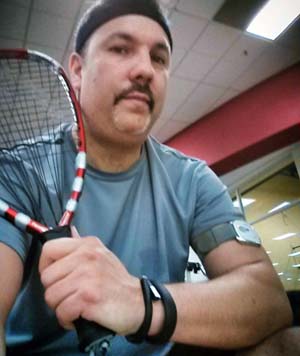 I’ve finally gotten into a groove using the multiple trackers and learning how to use their web and app reporting services. Below I’ve provided a spreadsheet that displays several of the data metrics across all of the devices for a single day. I’ve also created screenshots from the web services and apps. I’ll share more updates as my testing continues for another few weeks and will eventually provide a post that will have a detailed summary and comparison.

Coincidentally Danny Sullivan began testing all of the same devices as well and today he wrote a post detailing the beginning of his journey. He will be writing posts summarizing his experiences with each of the devices so be sure to check those out. Interestingly enough he has come to the same conclusion as quickly as  I have, noting that each of these devices has their own set of pros and cons and no single device is perfect. Choosing one is more about the guidance it provide in having a positive impact changing your behaviors than it is about the accuracy of data.

One more thing. Martin Sona who is a member of the quantified self group in Aachen Germany reached out to me. He told me of someone doing a similar test (link is to english translated post) to what Danny and I are doing but shames us because he’s testing 6 devices at the same time! He’s added the Basis Smartwatch and the Lumoback sensor. Martin provided the data analysis and graphing for that test and offered to do the same for my testing after I’m done. So I  look forward to adding that to my summary post as well.

On to the numbers and reporting!

Note: this was a day with lots of walking and a 2 hour racquetball session. Also, I provided the web services reporting for all devices except Jawbone which doesn’t offer reporting outside of their apps. Also, I didn’t include any of the social / friend leaderboard reporting aspects, just the activity and sleep reporting. Speaking of which, feel free to friend me on any of these services by sending an email request to