It currently only outputs as an unordered list of items but is planned In future to support custom templates. Until then, each item has a class of what type it is (e.g. Twitter updates will have a class of “twitter”) This can be used with custom CSS to create a custom look for the Lifestream. 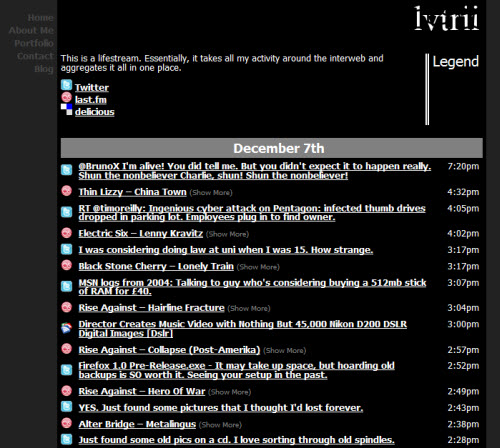 The nice thing about this is that it’s not a plugin for a specific platform and therefore can be used pretty much on any site that supports PHP5. Michael also told me that if the script fails to setup the directories (due to the webserver user not having the correct permissions) you’ll need to create ls_data and chmod it to be writeable by the web user.

You can read more about the script and download it from Michael’s site here.

5 thoughts on “Custom Lifestream Script in a Single PHP File”