Fred Wilson is a very outspoken VC that runs a great blog and participates  on many social media services. His openness and transparency are qualitites that have made him a person worth following to gain great insights and perspective. Today he wrote a post on his activities surrounding Lifestreaming and how he believes attitudes are slowly changing making others feel comfortable to do the same. 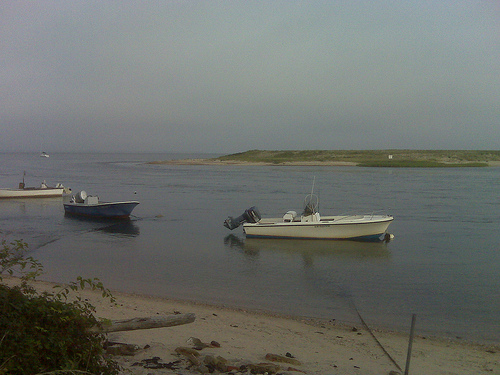 Photo is from this tweet sent out by Fred

I also understand that many people will never twitter about their golf exploits or check into restaurants via foursquare. Not everyone wants to “life stream” like I do.

But a lot of people do. Extroversion on the web is a growing phenomenon. I see it with my kids who were trained in social media by Facebook and they were reluctant to embrace public social media like blogs, twitter, and the like. But they are coming around and public sharing of information is becoming much more accepted in their generation.

He goes on to say

The fact is that if you are out and about and see something or do something special, you want to share it. And more and more people are doing just that. I did it this morning when I reached lazy point on my morning ride. It’s a beautiful peaceful spot that I love and want to share with others. I’ll leave you with this photo and the thought that extroversion has its place and that done right, its an addictive experience in our lives and one we should celebrate.

There is no doubt that the adoption of the status update and microblogging has contributed tremendously to this behavior and as more of us are out there taking part it becomes contagious. He also credits mobile phones and  mentions how the current  generation accepts Lifestreaming much easier having grown up with these tools. It’s a good read and just as interesting are the plethora of comments that have been left providing a great discussion. [Sidenote: the comments are utilizing the new Disqus v3 system]

You can read the full post and comments on his blog here.