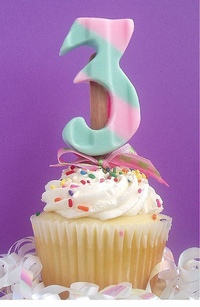 I just returned from SXSW and had a really good time. There’s been some negative feedback from the event this year which I feel revolves mainly around the parties. I’ll cover that in a wrap-up post later but that’s not what I wanted to talk about here.

It’s amazing to think that I first blogged about Lifestreaming on February 18th of 2007. I wrote that post to talk about  how the research I had done so that I could aggregate my web services (social media wasn’t even really a common term at that point) onto a single page to be displayed in reverse chronological order to show what some people at that time were terming as a Lifestream. I pointed to some scripts and a WordPress plugin that required some serious hacking to achieve this which I painfully did myself. I also pointed to some examples that people had created and other resources on what I had found. I immediately felt that this would be something big that was going to transform the web.

I continued to be intrigued and kept doing research on the subject. Realizing that this was a difficult process for me and that nobody else was writing about it, I felt compelled in a passionate way to create a site where I could cover this information for people as a resource. By the way, finding a niche you are passionate about to start a blog where you don’t care if anyone reads it is the best way to get into blogging.

So on March 17th 2007 I launched the site with its hello world blog post. It’s now three years later and I’m still excited about the developments and evolution of Lifestreaming. When I first started covering this there wasn’t a single service available to people to do it and then shortly after there were a ton including Jaiku (purchased by Google), SocialThing (purchased by AOL), and FriendFeed (purchased by Facebook). With Lifestreaming services provided by all of those players, along with Microsoft and Yahoo, it’s clear that this method of publishing content has penetrated the mainstream and has created a paradigm shift in the way we all personally publish content on the web.

While I’m happy that Lifestreaming has captured the excitement of the large players it has brought with it some negative aspects. It has killed off many of the startups that fueled its rise, and in the same process released less feature rich versions than the companies they bought which in the cases where they were left running (cough FriendFeed) still provide better features and functionality than any of the big boys. Much of this transpired over the last 18 months and in my 2009 year end post I discussed my disapointment about what had transpired. I’m gonna chalk it up to some stagnation during another wave of growth.

At this point I am too feeling a bit burnt out around the personal aggregation and numerous ways we can easily syndicate the content we publish everywhere. I feel that we’ve really gotten good at this and with the masses adopting this publishing system we’ve also created quite the monster. The prevailing theme everyone is discussing now is how do we find ways to reduce the noise and find ways to filter so that we can find the content that matters most to us.

So now I’ve been giving a lot of thought to the flip-side of Lifestreaming which is finding ways to consume all of this content being generated. I spent a lot of time at SXSW discussing my thoughts on ways to achieve this with as many of the talented developers, startups, and bloggers who were willing to hear me out while there. My ideas seem to have been received pretty well and I plan to write a long post describing and diagramming my thoughts on this very soon. My hope is to freely put the information out there for everyone to discuss and flesh out and hopefully it can evolve into something that is built. That’s my hope anyways.

So on the beginning of this 4th year of Lifestream Blog I want to thank all of you great readers who have motivated me to continue this site with all your kind words and feedback over the years. I feel very fortunate to have found a topic I love to cover along with so many others who seem to enjoy it the same way I do.