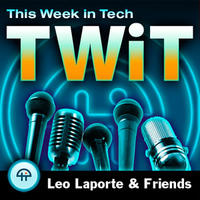 TWiT is one of my favorite Podcasts and I listen to it every week. Leo and several of his guests have discussed Lifestreaming quite a few times on the show. A while back Om Malik discussed how blogs need to evolve and how Lifestreaming will play a role in this.

Another recent show had Natalie Del Conte and Jason Calacanis on and at about 30:10 of the show they began a discussion in which Leo surfaced Gordon Bell’s name (happening all over the place lately it seems) and talked about his Lifelogging research with regards to personal monitoring. They mentioned the Fitbit which is just one of many new devices that are coming out with the ability to track health and fitness data which can be used as way to monitor our own wellness within a Lifestream.

I recently wrote both about Gordon as well as this new personal logging revolution that has begun with the proliferation of all these new devices. While the aggregation of social media was the catalyst for Lifestreaming, I think the ability to have wearable devices that can passively monitor and collect data about us will be one of many new enhancements coming in the near future.

2 thoughts on “Lifestreaming Discussion on TWiT about Personal Logging Devices”