It’s currently an Alpha version and although I haven’t tried it yet, it appears to offer some good functionality and have a nice layout. I’m hoping that a future version will make the addition (and editing) of the feeds easier. Perhaps from the admin dashboard as opposed to having to add / edit them in a php file.

Get the Simplelife WordPress plugin here

See it in action here 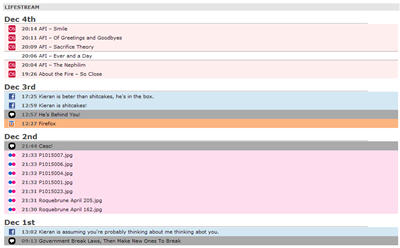 9 thoughts on “New Lifestreaming Plugin for WordPress Based on Simplepie”