Today provided several serendipitous stories which is what led me to write this post along with its headline. I’ll start with some of my own observations.

One of the biggest barriers towards allowing a simpler and more fluid Lifestreaming experience is the lack of open standards. While creating a Lifestream has become a fairly simple process at this point, the ability to move data across the different services that make it up is another story. While there are several different initiatives trying to correct this problem, they have been moving slowly and lacked any real traction.

Just over the last week or so we have seen some major developments that are starting to shake things up a bit though. Both WordPress and Tumblr announced within days of each other their support for communicating with the Twitter API. Why is this such a big deal? Well Twitter is quickly becoming a common central communication point between all of our social networks, it is also a platform with the largest quantity of 3rd party apps.

So its been a little difficult to wrap our heads around the bigger picture here but from what I can tell the following will start to happen. More sites and services will start to do the same and soon what we currently are using primarily as Twitter clients will become apps that will provide the routing of data from one source service through Twitter and along to multiple destination services that we can configure. Apps like Tweetdeck, Seesmic and Tweetie will become our indispensable social media dashboards AND data routing platforms. 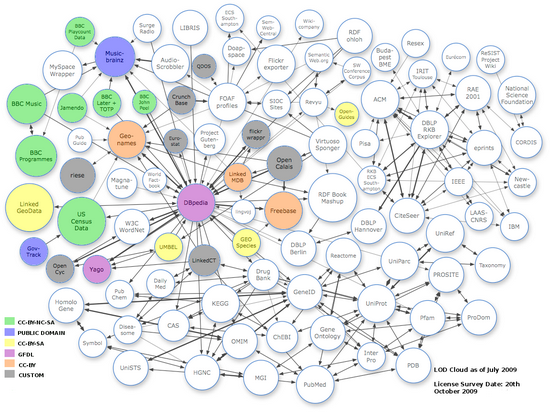 I can tell you that developing data workflows and rules for where to send certain types of content while trying to avoid duplication with limited choices depending on whether I’m on a desktop or mobile platform has been the biggest challenge for my personal Lifestreaming. Things have gotten much better for me thanks to Posterous, which has taken care of a good chunk of my problems. I still have issues with duplication and I’m forced to send everyting through their service as the mediator. Ideally no single service would own this routing and if the Twitter API becomes an open standard we could see this flourish much nicer.

So the first post that caught my eye was this post from Freddy Snijder where he summarizes and discusses the Twitter API much better than I just did with its potential impacts as it relates to Activity Streams. Definitely worth heading over and taking a read but I snip this for you:

You might ask yourself, why would I want to retweet, reply and converse from one social media platform to the other? Well, for one, you would like to retweet/forward content items you found in the activity stream of one platform to the users of another platform because these users might use the second platform and not the first, or this specific content item really fits the topics conversed about on the second platform (interesting for specialized social networks such as on Ning).

Another important reason could be that you would like to augment content in a way that is possible on one platform but not on the other. An example could be replying as in reblogging. In Twitter you can reply only in 140 characters, which is sometimes cumbersome. It could very well be you want to reply to a tweet in the form of a blog giving you more space to elaborate. So, in this case, you might reblog the tweet to Tumblr adding your response in blog form.

Later in the day I read about how Facebook is testing the next generation of OAuth on FriendFeed. In March I was at SXSW and spent time with both Paul Bucheit (FriendFeed founder) and David Recordon (formerly of Six Apart and Activity Streams advocate). Now they are both at Facebook working together to hopefully make significant progress to open things up and enable cross communication with other services.

Lastly we learned last week that another Activity Streams advocate (and friend of David Recordon’s) Joseph Smarr was headed to Google to lead “a new company-wide focus on the future of the Social Web”. Then I see a tweet sent out tonight from Chris Saad linking to this post at the Google Blog by Jonathan Rosenberg about The Meaning of Open. This is quite the manifesto and if its principles are adopted I think we’re in for some good things.

So as you can see today, along with events over the last week, have prompted me to declare the tipping point. I hope I’m right about this and that we see an era of open free flowing data become a reality because frankly dealing with this has in my mind created quite a stagnant period for us this year where I was hoping to see more innovation but it can’t come until these issues are resolved.