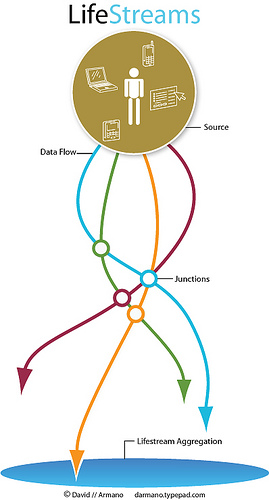 David Armano wrote a post titled 2009 Resolution: Aligning Your Lifestreams which talks about rethinking the usage of your Lifestreaming services and workflow. This is a great post and timely for me as I also realized recently that I needed to do the same.

Ever since I started Lifestreaming I’ve signed up for countless services to test and see how the data could be integrated into my Lifestream. In many cases there may have been services that offer very similar or duplicate services that I used. One example I can point to is for tracking what books I’m reading. I originally found Librarything for tracking and listing books I read and had built out my profile there. I have subsequently switched to similar service GoodReads which offers basically the same data for my Lifestream. I had been importing the data from both of these services into various Lifestreaming services which made no sense. So I migrated any unique data from Librarything to Goodreads and pruned it from my Lifestreaming services.

Another pair of services I use that seem to also provide duplicity are Twitpic and Flickr. I became a fan and user of Twitpic due to the ease at which you could post pictures using Twitter clients such as Twhirl and Tweetdeck. I even began using it more after getting an iPhone with support from several other Twitter apps. I have however started to think that splitting off my photos among 2 separate services is not a good idea. I really think I should solely use Flickr.

Why you ask? Well for one there is a good deal of additional meta data for photos that can’t be imported into Twitpic. Much of this is based on the exif data with the most important items being time/date taken as well as location (geo) information. With Flickr you also get to tap into all the other rich functionality like using titles, descriptions, sets, multiple image sizes, and getting detailed stats. I also use tagging quite a bit and although you can add tags in Twitpic I don’t want to have to duplicate those efforts on both services.

So the obvious barrier to migrate to Flickr is finding similar tools to those I’m currently using for Twitpic. I started using the free iPhone app Airme which uploads photos to Flickr and offers Twitter integration but I haven’t had luck using that feature. I then recently purchased the Mobile Fotos app which offers very rich Flickr functionality and albeit clumsy, offers Twitter integration as well. I then just need Flickr integration in Tweetdeck or other Twitter client and I’m set. 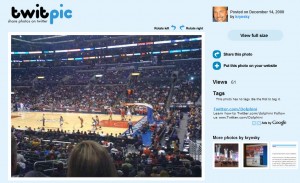 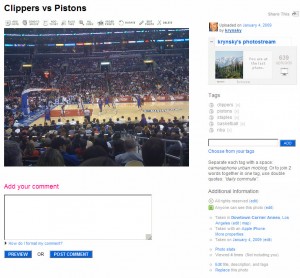 Comparison of data and functionality available on Flickr vs. Twitpic

So besides taking inventory of the services I use and either merging or eliminating them I also think it’s a good time to review your workflow. What do I mean by that? I’m referring to the set of rules used to publish and sync data amongst various services.

For example, most social network and media services all offer the ability to post a status update. In many cases you can also sync those from a single source. I currently only use Twitter for status (or microblog) updates and then sync those to Facebook. Conversely, I also am a very active user on FriendFeed and post many items on there. I have configured my profile to push only the posts I publish manually to be pushed to my Twitter account.

There are other services dedicated to syncing like ping.fm and hellotxt. There are also new tools in the works that will add more functionality than simply syncing adding the ability to filter data with logic before pushing to another service like Tarpipe.

In any case since it is the beginning of a new year I thought it would be a good idea to provide some examples here to encourage you to take a look at some possible ways to streamline your use of services as well as rethink and either add or remove ways you are publishing and syncing data to for your Lifestream. Hopefully this has given you some insight into ways that you can improve yours.

10 thoughts on “Retooling Your Lifestreaming Services and Workflow”