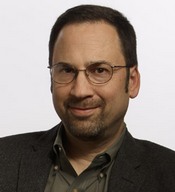 Today I was reading the latest issue of Wired. In it is an interview with Salon Cofounder Scott Rosenberg about his new book Say Everything: How Blogging Began, What It’s Becoming, and Why It Matters

Rosenberg’s book researched the origins of blogging and goes on to discuss how it has become a phenomenon. Wired asks him several questions which include why did he need to write a book when a blog post would do which could have been followed with a rimshot. Other questions include whether he believes blogs have peaked, what impact Twitter has had, and what does he see the future of blogging becoming.

It is this last question that piqued my interest. Here’s the excerpt:

Rosenberg: The interesting outgrowth will be lifecasting. With traditional blogs, even if it’s easier to put stuff into a blog, you’re still selecting items. Lifecasting is an alternative where you’re pressing a button and recording everything.

You can read the whole interview here.