Using Twitter as your main Lifestream is something you should think about before jumping right in. I personally use a large number of services and wouldn’t want to flood my tweetstream with the actions performed on all of them. I also am not comfortable setting mup too comfortable setting up too many services to autopost. I’ve seen some nightmare scenarios with regards to that. But if you think this through and link a handful it may be a good method to use.

So MakeUseOf.com beat me to the punch and wrote the following story that discusses just that. I may still put my spin on this method in the future. 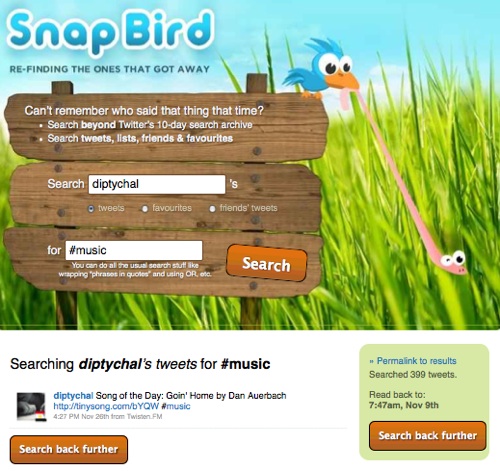 There are a few options that allow you to aggregate all of that content into a lifestream, such as FriendFeed, or for the more adventurous, there’s the self-hosted Sweetcron. But a lifestream isn’t any fun if no one is listening. Most of us have a few people who are interested in what we have to say in one place in particular – on Twitter.

So why make the extra effort of interacting with people on two separate websites, or attracting visitors to your self-hosted lifestream, when you can easily use a Twitter lifestream to share all your online content?

Via Makeuseof.com | How to Turn Twitter Into Your One-Stop Lifestream.