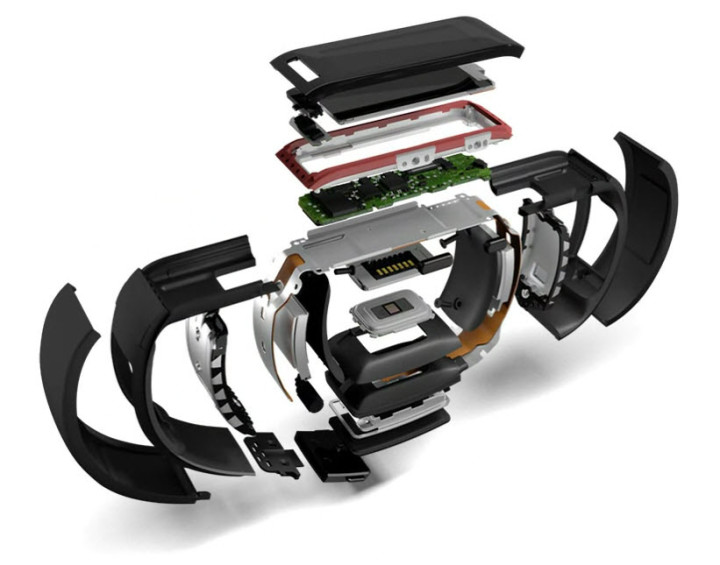 It was a big surprise yesterday when we learned about the Microsoft Band. This wasn’t a new activity tracker that was even on my radar and then to learn about it’s feature set was even more surprising. Instead of going into all the details which you can get at many other sites writing about it, I’ll simply give you the 3 distinguishing features that makes this tracker unique.

Most activity trackers only have an Accelerometer. A few like Basis and Bodymedia  add a heart rate monitor, galvanic response, and skin temperature sensors for a total of 4 sensors. Microsoft packed all of those and more for a total of 10 sensors into theirs which should have the capability of providing additional insights based on the data collected. The band is one of the few trackers that offers a GPS which will allow you to not be tethered to having your smart-phone track location separately in another app and Runkeeper already announced support to sync with it. Here’s the 10 sensors included:

This activity tracker also acts as a hybrid by providing some smart watch functionality which adds versatility. It of course has a clock but also provides a timer and stopwatch. It can also monitor email activity, see incoming calls and text messages along with notifications from Facebook and Twitter. It can also provide weather and finance data and even allow you to pay for coffee at Starbucks using it. Lastly the built-in microphone allows for voice commands with a Windows Phone but the band also works with iOS and Android apps but no word yet on how the microphone will integrate with them.

The band was announced in conjunction with Microsoft’s Health Initiative which much like Apple’s Health Kit and Google Fit has plans of becoming a repository for personal health data. This means that it’s a cloud service that not only will accept data from Microsoft products but other hardware and app partners it works with. The promise here is by having data from many different areas about us as they relate to health, Microsoft will be able to analyze and provide us with insights. This of course being the holy grail of of this burgeoning market and one that is recognized by these 3 top companies all vying to own a piece of the personal health data market that is growing so quickly.

Beyond the aforementioned Runkeeper and Starbucks, Microsoft has also announced partnerships with Gold’s Gym, MyFitnesspal and MapMyFitness. My thought is that Microsoft, Apple, and Google are battling to create personal data eco-systems and in the near future the features and partners available through each of them will be an important part of determining which hardware and apps you purchase.

I’m very impressed by what I’ve read and I’m pretty sure I will be getting the Microsoft Band to test and see if it’s worthy of replacing my current Garmin Vivofit. The Wirecutter is also impressed and will be testing it as well.