A Retrospective on the 10th Anniversary of Lifestream Blog 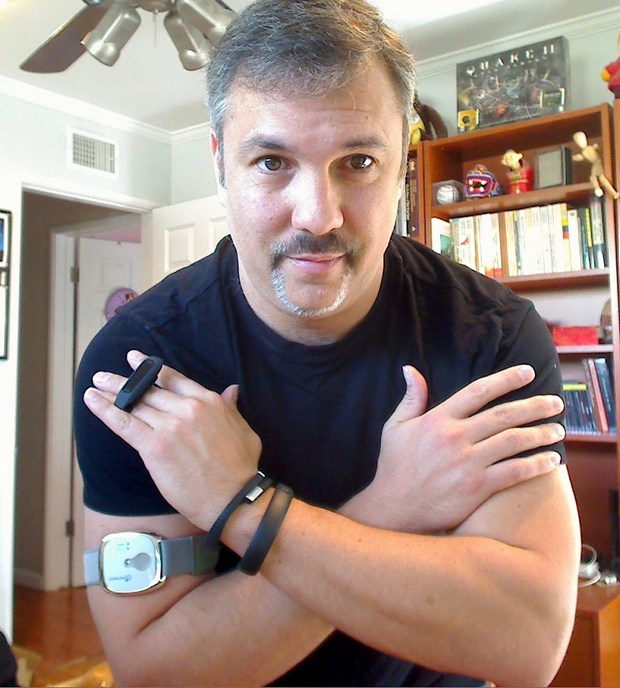 The Birth of Lifestreams

I created Lifestream Blog on March 17, 2007. The initial purpose of the site was to be a resource for people who wanted to aggregate personal content onto their own page. This included original content (blog posts, videos, photos), social media (Twitter, Facebook, Youtube, etc.) along with activity on sites (listens, likes, favorites, shares, bookmarks). This provided a single profile of all content and activity in one location. It was both practical and often designed in very beautiful ways. The Lifestreams displayed the content in a time ordered stream with rich content in a reverse chronological order. You can see a gallery of the many Lifestreams I created and those of others I discovered over the years in a gallery section here.

Social Media was in its infancy and creating a Lifestream was a novel concept that a niche group  of early adopters were attracted to learning more about. Initially you had to cobble together some scripts that pulled in data based on RSS feeds to create a Lifestream. This was before API’s became commonplace sometime later to make the data connections easier and exposed additional data in a way that allowed it displayed in new and more interesting ways.

While people were building their own Lifestreams and hosting them on their own sites, others in the tech community found this interesting and many startups were born to make it much easier for people to create a Lifestream. I tested out and reviewed tons of these services. The most popular of them was FriendFeed which took their user’s Lifestreams and developed a vibrant community around the content. You could comment on an item that appeared from a users Lifestream in real-time and then full conversations would evolve from there. It also became a great content discovery platform.

Eventually tons of Lifestream services appeared but none of them were able to come up with good monetization strategies and FriendFeed eventually sold to Facebook. Shortly thereafter the Lifestream phenomenon started to die down and most people ended up migrating to Twitter or Facebook. By this point API’s became prevalent and people could easily syndicate their data to those services in an effort to consolidate their Lifestreams. This rendered many of the remaining services less relevant and most of them disappeared.

My focus moved on to the bigger implications and benefits of all the personal data we create digitally. During that discovery this blog expanded from Lifestreams to all personal data we generate. I came to find out that this concept had already been put in motion by Gordon Bell termed as Lifelogging in a project he worked on at Microsoft called MyLifeBits which was inspired by Vannevar Bush’s 1945 Memex vision. This included collecting all forms of personal data digitally including documents, emails, photos and more and the benefits of doing this. The culmination of Gordon’s work on this project was told through his book Total Recall. I highly recommend reading it to learn more about the benefits of logging data and the implications of it after we die.

Drawing Insights Through Quantified Self

I started hearing about how people were using self-tracking methods to capture personal data to try and draw some insights and in some cases modify behavior. In 2010 I discovered a group that had formed around this concept called the Quantified Self. Then in 2011 I began experimenting with one of the earliest activity trackers collecting data on my steps, sleep and heart-rate and quickly was hooked on the concept. I later embarked on an experiment testing 4 activity trackers simultaneously for 30 days to compare them all.

The Quantified Self group hosted their first conference in 2011 which I wrote about. The group has local meetups all over the world. I attended several of their meetups in Los Angeles. I recapped one meetup on their official site and did a presentation on Digital Legacy (more on that below) at another meetup which you can watch. In 2013 I attended their conference where I was so excited to meet Gordon Bell and connect with so many other folks in the community.

I continue to follow the community and write about things I discover that move the concept forward. One of the biggest challenges is around the ability to aggregate multiple data points so that it can be analyzed to provide simple insights or recommendations to change behavior in a positive way. I tend to focus more on the apps and services that aggregate data to help achieve this. Two of my favorites in that area today are Gyroscope and HealthLab.

I look forward to the technical advancements that will continue to push this concept forward. I see a bright future enhancing our well-being with the advancements in Big Data, AI, and DNA among others providing exponential improvements for our health in the future.

Planning for our Future and Beyond with Digital Legacy

Early on in the life of this blog I began to ponder about how personal data could be preserved and packaged in a way so it could act as a digital biography of our lives persisting long after we die. I thought about how future generations of my family could learn so many more details about my life than previous ones which relied on letters, photographs, and stories. We have the capability of recording an unprecedented amount of detail today that previously was unavailable. However I don’t feel that most people are looking at what they record through that lens and even the rise of ephemeral communication apps are sabotaging that further.

Beyond the memoir aspects of our digital data things like our complete medical history and full DNA will be able to inform our future generation’s families to improve their health. I’ve also thought about how personal data and technology could transform the concept of cemeteries and our experiences within them. Artificial Intelligence and bots are also evolving very quickly and could impact how a version of ourselves may live on in the future. Whether it be in the form of a simple conversational mechanism or robotic representations.

Making sure you consider digital aspects when planning your Will is another extremely important consideration that you need to prepare for. Do you have a plan to share your passwords for access to critical data with family members? Are you aware that Facebook allows you to designate a legacy contact to manage your account after you die. Google also has the inactive account manager option to provide a way to grant access to your account after you’re gone. Many services now offer these types of features so learning about them is important to plan ahead. There are many aspects to why having a personal data preservation plan is an important aspect of securing our digital legacy and I continue to collect and share resources in this fledgling space.

The Future of this Blog

I’m passionate about these topics which continue to grow and evolve. I hope to educate and inspire others to think about each of these topics and how they can improve their lives and those of other during the course of their lives and long after. We need more great minds thinking about these topics. I have a dream that at some point we will have an app that will provide us with a repository of all our personal data that spans all of these areas from enhancing our memories, to providing insights, to centralizing important information, and eventually becoming a memoir of our lives. I plan to cover the people, apps, services and devices that continue to push these forward in new and exciting ways.

Thanks to everyone who has been a reader or contributor to this blog over the years. I hope it has provided you with value and inspiration and my aim is to continue doing just that moving forward. If you have any questions or thoughts on anything feel free to contact me.