Last weekend the Statesman decided to start a little experiment where they solicited people in Austin through their website and on Twitter to submit photos using Posterous to help document the blistering summer heat wave. Statesman social media editor Robert Quigley has written a case study to describe the steps they took to make this project happen. 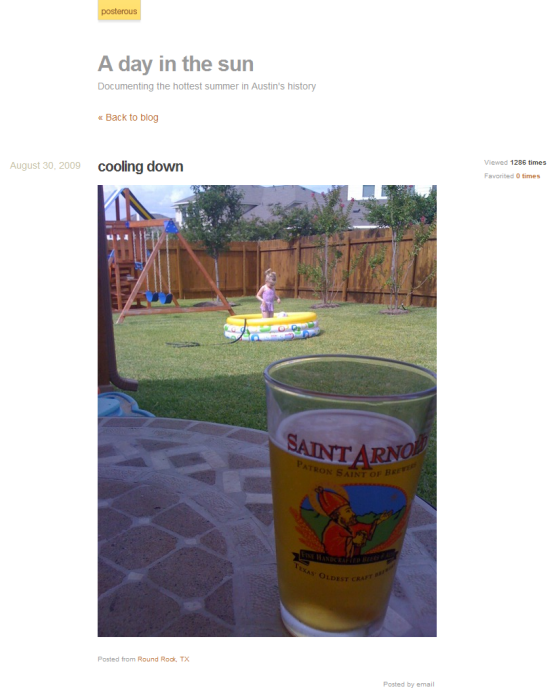 The Statesman ran with this concept and it was a huge success. From the post:

We put the photos into a gallery on statesman.com, and it was the top page-view driver for our site on Monday with more than 70,000 page views. We also gained some valuable experience using Posterous and proved the concept for future projects. We published the content we received several ways: Posterous, Twitter, in our photo gallery and in print. That type of cross-platform publishing is healthy.

The post goes on to discuss what they learned from the project which included extending the concept to go beyond photos to include videos, audio, and tweets. It appears that they’ve already learned quite a bit from this experiment and plan on extending the concept further to be used for Eventstreaming in the future for Austin City Limits as well as South by Southwest which I will no doubt become a contributor of 🙂

Robert Quigley goes on to explain how he was inspired to create this project based on reading about Lifestreaming and Storystreaming by Daniel Honigman on his Old Media  New Tricks blog. Daniel wrote one key post recently that provided 5 steps to a successful Storystream.

Daniel explains each of these in detail and how you utilize them in his post. He also provides details from a great post by Kevin Sablan regarding an app that could be created for a Storystreaming platform. Below is a mockup created by Kevin showing what this platform could look like. 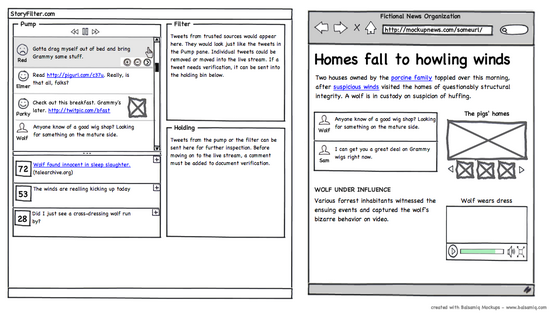 I think these guys are all onto something very big here. The media outlets that realize the value in well curated user generated content and find great ways to exploit the data quickly in a meaningful way to tell a story will no doubt win next phase of how we provide news in the world.